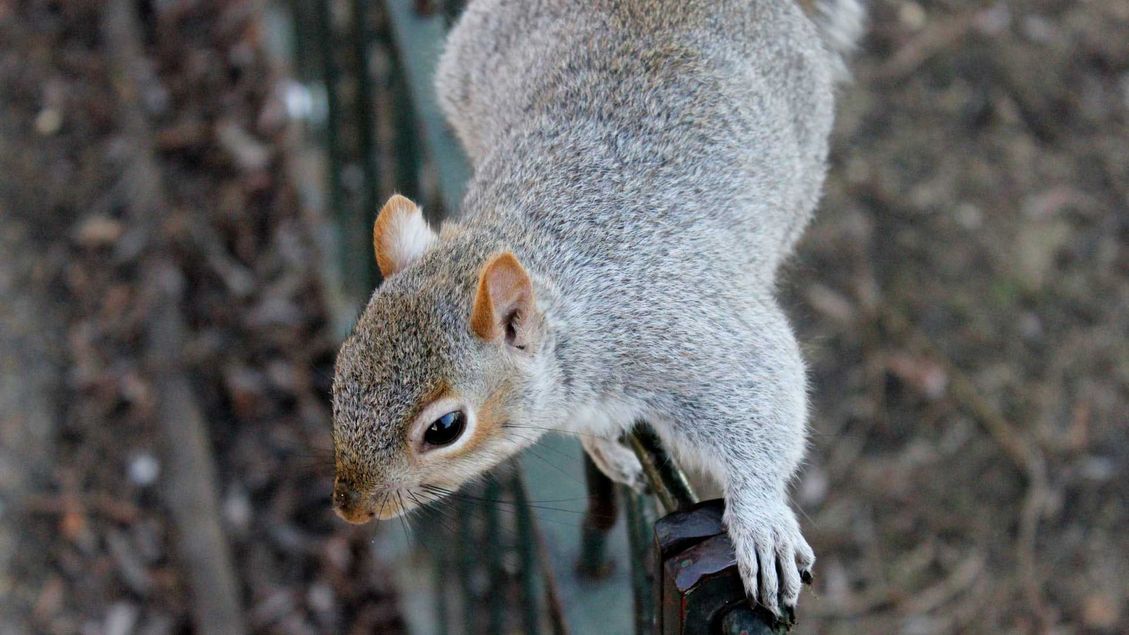 The Grey Squirrel naturally favours deciduous and mixed woodlands & is now common place in gardens, hedgerows and parks, typically anywhere with trees. Squirrels will also venture into conifer woodlands to feed on the seed bearing cones that these woodlands produce.

Grey Squirrels are often active from before dawn until after dusk. The activity period varies seasonally, from a full day in autumn to as little as an hour a day in winter. Grey squirrels will frequently travel between trees or forage at ground level.
Grey Squirrel nests (dreys) are constructed from hardwood twigs and leaves, and lined by dry leaves and grass, usually tucked in a fork against the trunk of the tree,  drays can also be in large holes in the trees . Squirrels may also use multiple dreys as resting sites.

The squirrels diet consists of large seeds of trees such as oak, beech, hazel, sweet chestnut, walnut & conifers. When this food supply runs out in early summer, grey squirrels turn to a variety of flowers, buds, shoots, pine cones, fungi, peanuts from bird feeders, birds’ eggs and young. Squirrels strip bark from certain trees to gain access to the nutrients below the bark which can cause severe damage or even death of the tree.

The main predators of grey squirrels include stoats, pine martins, goshawks and foxes.

In Woodlands - Classed as an invasive, non-native species, the grey squirrel is a significant factor for the almost complete extinction of the red squirrel on the British mainland. They can also carry the squirrel pox virus, which is fatal to the native red squirrel population. Grey squirrels are identified as having a wide range of impacts from reduction in wood production to an adverse effect on woodland biodiversity.

Grey squirrels are serious pests of forestry, they strip bark from thin-barked tree species during early summer to get to the sweet, sap filled layers  just beneath the bark. This layer is responsible for the movement of sugars around the tree, if this gnawing extends around the stem of the tree then the movement of sugars around the tree will stop and the tree will die. Removal of any bark and associated tissue will check or restrict the growth of trees and open the tree to fungal infection. Branches in the canopy of the tree can also be stripped of bark which can kill the top of trees or distort their growth. Susceptible tree species

Get in Touch with ACE Today
© 2022. Thomson Directories Ltd. The content of this website is owned by us and our licensors; copying of any content (including images) without our consent is in breach of our T&Cs |All rights Reserved